Dispatches From Another Blog 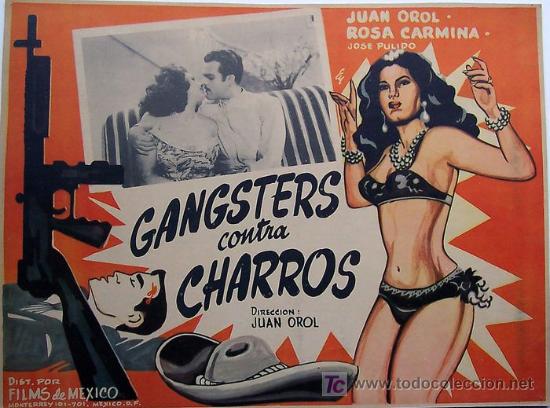 Darling readers!
Last week, my beloved and loyal reader Joel complained that I was not writing in this space anymore. Alas!
I have been writing lots about movies, but now I do double duty at the estimable Manero.com, where they entrust me to write about films, many with a strong Latino bent, and, what's more, they pay me to do it.
I shall never abandon you, but while I recover  from a Tribeca Film Festival marathon in the warmth of Mexico City, here are some of the nuggets I've been posting on Manero lately:

• Where I propose that Disney's Cinderella is really about losing one's virginity.

• Manos Sucias, a powerful film about the drug trade, featuring zero narco bling, for a change.

• Latinos have biopics too.

And from your girl in Tribeca:

• Three movies coming soon to a theater near you.

• Three movies by Latina filmmakers, sadly, none of which blew me away.

• Three documentaries that will creep you out.


Posted by Grande Enchilada at 2:46 PM No comments: Links to this post 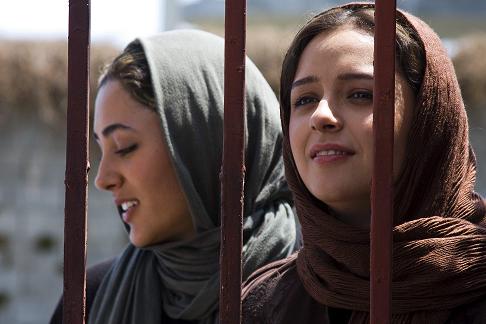 Iranian writer-director Asghar Farhadi is one of the most accomplished filmmakers in the world today. You may have seen his best-known movie, A Separation, which was nominated for Best Screenplay and Best Foreign Film Academy Awards in 2012. About Elly is from 2009, but only now comes to the US.
As in A Separation, the complexity of human behavior is multilayered and staggering. Farhadi makes movies about family issues, but he builds them like thrillers. I do not want to give too much away, because this movie unspools like a mystery and the revelations will keep you on the edge of your seat. Yet, it is almost impossible to write about his films without grappling with his elaborate plots. Anything you say, you already said too much. I can't think of any other writer-director who crams so much irony, so much character and such intricate plots in movies about personal issues like marriage, divorce and family. An individual makes a choice that may slightly deviate from the norm, and the ramifications are infinite.
You would think that we are talking about a thriller where something goes horribly wrong for either criminal or mysterious reasons. But About Elly is about good intentions that become a nightmare. A weekend camping trip turns to horror because the almost innocent, well-intentioned choices of individuals are antithetical to absolute, and absolutely enforced, values in Iranian society. The two main female characters have to resort to subterfuge because in such a society women are not expected to make all of their own choices. Farhadi's films are about the tension between individual freedom and the pull of family and society. In a place like Iran, this tension can be unbearable.
Farhadi introduces us to a trio of nice young couples going on a weekend holiday. Sepideh has invited Elly, her daughter's teacher, to join them. She wants to introduce her to Ahmed, who recently divorced his German wife. He seems like a great catch, and so does she. The first act is a leisurely romp through the warmth of family and friendship. We don't know exactly how these people are related. We find out who is married to whom during the course of the movie. All we know is that Elly is the only one who is uncomfortable, even if they are sweet to her. Imagine the stress induced by a weekend-long blind date surrounded by a group of people you don't know. Poor girl.
Elly wants to return to Teheran, but Sepideh insists she must stay. Only as the truth unfolds later do we learn the real reasons for Elly's discomfort and her almost rude insistence to leave. A mother asks another woman to keep an eye on the kids at the beach. She leaves that responsibility to Elly, the one person who doesn't want to be there. A long, breathtaking sequence of the rescue of a boy drowning in the ocean is panicked, chaotic, urgent, and as real as the air we breathe. Then Elly is nowhere to be found. The reasons can be many; Farhadi loves to leave mysteries unexplained. I question the honesty of such a degree of audience manipulation, in which the director chooses not to show us everything that is happening while we struggle to figure it out. But what really matters to Farhadi is the relationship between the characters and the social rules they must abide by. My favorite scene, and a testament to Farhadi's enormous capacity for empathy, is Sepideh opening her eyes to a terrible waking nightmare, one of which she is in part guilty, tragically, for all the best reasons.