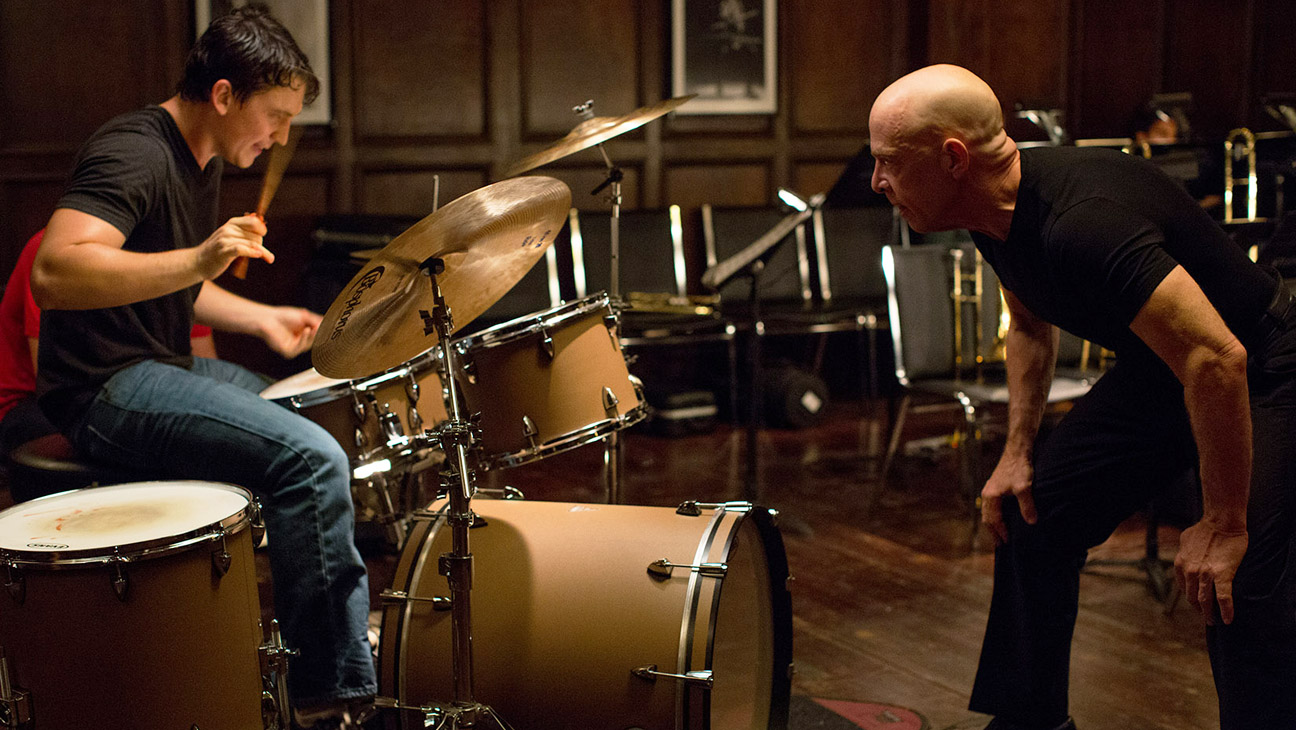 Whiplash, impressively written and directed by Damien Chazelle, is a stunner. A thrilling, exquisitely crafted ride that gives one hope about the future of American film. The twist is, it is a rather conventional story. It may remind you of Rocky, or of Full Metal Jacket, or Black Swan or even of Bambi (the hero has no mommy, again). But the difference is in the milieu: Whiplash is the story of young Andrew Neyman (a spectacular Miles Teller), an ambitious student at a renowned music academy in New York. He plays jazz drums. Andrew meets his match in the sadistic professor Terence Fletcher, played by J.K. Simmons, in the role of a lifetime.
The plot uses some well worn tropes: the girlfriend that competes with jazz for Andrew's attention, the absent mother, the music competition; story turns you know like the back of your hand, but Chazelle manages to make them look fresh by unleashing truly surprising twists that keep you on the edge of your seat.  Chazelle reimagines and invigorates yet another story of an obsessive hero struggling to make himself heard, through jazz. Whiplash is a tight composition of a film that works with a fantastic score by Justin Hurwitz and Tim Simonec, plus standards like Caravan by Duke Ellington and the title song by Hank Levy. Apparently, Chazelle storyboarded the film to the music score, which explains why Whiplash is a thrillingly musical film, and since the music is big band jazz, it has major swing.
The craftsmanship on every aspect of this movie is of the highest caliber: the music editing, the visual editing, the cinematography, and the very sharp writing and directing from Chazelle. Which brings me to the actors. As Andrew, Miles Teller offers an almost silent performance, but you can detect every single shift of feeling that crosses his mind. He does quiet intensity well, and he is truthful and riveting. In terms of talent, I can't think of another young American actor today that reminds me of Sean Penn or even De Niro like Teller does.
He holds his own and then some against the formidable J.K. Simmons, letting it rip as Fletcher, a sadistic son of a bitch who abuses students with inspired humiliating rants and soul crushing torture. Fletcher is deeply wrong about his method, which is to force talent out by way of destruction (though, to his credit, it does get the students to practice). He is hateful, but Simmons somehow makes him likable: he inhabits his conviction fully and we can understand his flaw. It's not that he means well. It's not tough love. It's that he believes he has a calling to beat the next Charlie Parker out of someone, both for the love of jazz and for the hurt of being unable to reach those heights of genius himself.
Chazelle sustains the tension between the turning wheels of plot and the complexity of the characters. The outlandish flourishes he indulges in feel earned because the movie is one with the world it portrays; with the music its characters worship. Whiplash is an exhilarating movie. I hope it gets the accolades it deserves this award season.

Posted by Grande Enchilada at 12:46 PM No comments: Links to this post 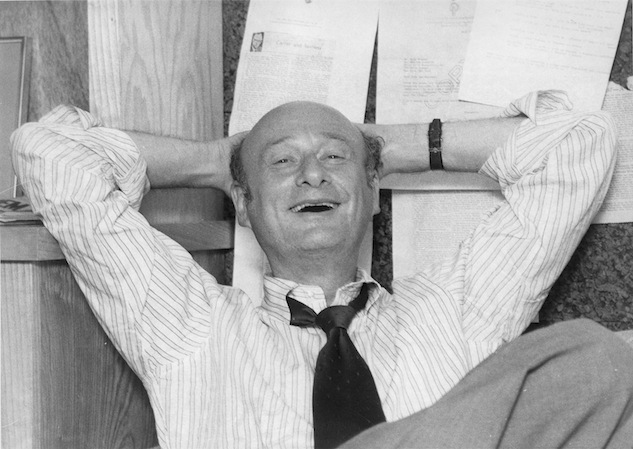 An even-keeled documentary about the formidable Ed Koch, former mayor of New York City, Koch is a fun reminder of how gritty and borderline unlivable the city was in the 70s and 80s, before everything got gentrified and hipsterized and made into a theme park. Not that we miss the days of graffiti-covered subways, junkies, and garbage-strewn streets, but anyone who loves New York City and watches the footage of it burning with arson, riots, looting, and plain collapse, has to pine a little bit for its edgier days.
Into a metropolis on the verge of bankruptcy, came Edward Koch, a lifelong politician—and lover of attention—who ended up being, for better or worse, one of the most charismatic leaders, and a three-time mayor of New York City. A closeted gay man, fiercely defensive of his own closet, Koch was attacked by gay groups for not doing enough at the time of the AIDS crisis.
While he was perceived as being indifferent to gay issues because of his own gay issues, he nevertheless passed gay anti-discrimination legislation at a time when Harvey Milk and Mayor Moscone of San Francisco got killed for attempting to do the same. Yet this was a man who, in the '70s, faked a relationship with a former beauty queen in order to win his first mayoral race against Mario Cuomo (“Vote for Cuomo, not the homo,” went the slogans, which are included in the doc). In short, Koch is a film about a brilliant, larger than life, complicated gay man.
Like all world class narcissists, Koch’s hubris seems to be his lack of empathy (not as bad as Rudolph Giuliani’s, but close), be it with the black community on the closing of a hospital in Harlem, or his unsympathetic response to the murder of a black man at the hands of white youths in Brooklyn; or his lack of compassion, whether real or perceived, at the time of the AIDS crisis in the '80s. In retrospect, perhaps a few words of solace or support for these communities would have garnered him respect and loyalty. But as first-time director Neil Barsky shows through archival footage and other talking heads, Koch didn’t have it in him. He liked to rule and to antagonize, with bluntness, charm and chutzpah.
Still, Ed Koch is responsible for urban projects of enormous consequence, like the redevelopment of Times Square from a squalid, crime-ridden porn hub to the tacky, but somehow awesome tourist trap it is today. As Barsky shows, Koch saved New York from bankruptcy by adopting draconian measures, allowed a mass transit strike to go on for 11 days, showing the unruly city that he meant business, and left an enduring legacy of public housing which turned around hellish neighborhoods and contributed to the improvement of living conditions for many poor people in New York. Yet he had such an outsized personality, and was so diplomatically challenged, that he also fomented great racial and political tensions.
Koch was  an attention seeker, not a conciliator. He buttered nobody up. Early in his career, he got in bed with corrupt political bosses whose graft came back to haunt him, ending his one of a kind, brilliant career as mayor. With unfettered access to Koch, Barsky, a former reporter for the Wall Street Journal, still manages to present a nuanced, complex and entertaining portrait of one of the most colorful characters in New York City history. Just to hear the real “Noo Yawk” accents of the distinguished talking heads in this film is a source of joy. Koch is a fascinating glimpse, not only of the man, but of the decades when he ruled New York, changing it forever, mostly for better.
Koch airs tonight at 10 pm on PBS and is now streaming here.
Originally published on Out Magazine on 1.31.2013.

Posted by Grande Enchilada at 9:54 AM No comments: Links to this post